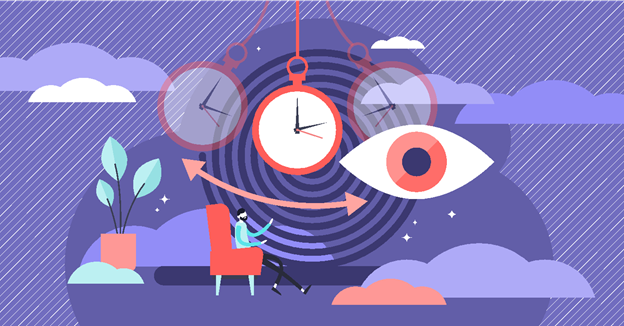 A Bioanalytical Method Over Calibration Range of Psilocybin and Psilocin

As part of the study, Dr. Hughes and her team developed a bioanalytical method over the calibration range of 0.5 to 500 ng/mL for Psilocybin and 0.1 to 100 ng/mL for Psilocin. The method described herein has been developed suitable for application in the pharmacokinetics assessment of therapeutic doses of the novel hallucinogenic drug Psilocybin in human clinical trials.

Psilocybin As a Hallucinogenic and As a Therapeutic

The use of hallucinogenic psychoactive plants and fungi for magical/spiritual purposes or healing rituals has existed since ancestral times. Since then, they have also evolved as illicit drugs for social/recreational use and abuse.  However, they have re-emerged for therapeutic purposes in the last few years, and clinical research into human hallucinogens has regained attention.

Psilocybin, a psychoactive tryptamine derivative from the fungi psilocybe Mexicana Heim, has been used in shamanic or spiritual rituals for centuries by native civilizations in Mexico and South America. Psilocybin produces remarkable effects on the consciousness, often described as “psychedelic” or “hallucinogenic.”  Although early research with Psilocybin demonstrated its potentially beneficial effects, it was classified as a controlled substance, placed on Schedule 1 in 1970, and essentially removed for clinical use or scientific study.  After a hiatus that lasted decades, research exploration into its clinical safety and benefits as a therapeutic agent has been rekindled.

In recent clinical trials, the safety and efficacy of Psilocybin in alleviating existential anxiety and depression associated with a diagnosis of terminal disease has been reported, even six months after a single dose of Psilocybin. Also, when administered in a controlled and supportive setting, Psilocybin has been reported to have long-lasting positive psychological effects in patients treated for obsessive-compulsive disorders, alcohol dependence, smoking cessation, and other psychiatric disorders such as schizophrenia. Psilocybin differs from other psychoactive drugs as it does not induce dependence/addiction. It also does not need to be used for prolonged periods and is therefore considered physiologically safe.

Following oral administration, Psilocybin is rapidly dephosphorylated to the active metabolite Psilocin under the acidic environment of the stomach or by alkaline phosphatases (and other non-specific esterases) in the gut; meaning Psilocybin is absorbed mostly or even entirely as Psilocin. It is, therefore, the active metabolite Psilocin that is responsible for the psychoactive effects. Psilocin, in turn, is metabolized to Psilocin O-glucuronide. Due to the presence of β-glucuronidase activity in various organs, the formation and hydrolysis of Psilocin O-glucuronide systemically have been reported to explain the biphasic elimination curve observed for Psilocin. One of the requirements for developing Psilocybin as a therapeutic agent is the assessment of the pharmacokinetic profiles for Psilocybin and Psilocin.

Analysis of Psilocybin and Psilocin in biological fluids is a challenge since the analytes are unstable under the influence of light and air. The use of various stabilizers in plasma such as fluoride and ascorbic acid have been reported and are a prerequisite for a given bioanalytical method.

Challenges to overcome include:

Briefly, the analytes were prepared in plasma treated with an ascorbic acid stabilizer.  The method uses 150 µL of plasma and Psilocybin d4 and Psilocin d10 as internal standards.  The extraction method involves a combination of protein precipitation with acetonitrile followed by a back-extraction of the analytes with dichloromethane. Samples are chromatographically separated on a Waters C18 analytical column using Mobile Phase A (5.0 mM ammonium formate, 0.1% Formic Acid in water) and Mobile Phase B (100% acetonitrile) (gradient). The mass spectrometric instrument is operated in positive ion mode using a QTRAP 5500 with Turbo IonSpray source and MRM detection.  The total run time for a 10 µL injection is 7.0 minutes per sample.

Under the optimized extraction, chromatographic and detection conditions, a selective, sensitive, accurate and precise method was developed.  The ex vivo hydrolysis of Psilocybin to Psilocin was evaluated and found to be less than 1.5%. In stabilized human plasma, the analytes were found to be stable for 24 hours at room temperature/chilled conditions, after freeze and thaw cycles and after storage for at least two weeks when stored at -70°C.

A method has been developed suitable for application in the pharmacokinetics assessment of therapeutic doses of the novel hallucinogenic drug psilocybin in human clinical trials.

Dr. Nicola Hughes joined the BioPharma Services team in 2016, bringing with her more than 20 years of research experience and proven leadership skills. As vice president of Bioanalytical Laboratory Operations, her mandate starts with R&D, to develop robust and reliable methods to drive efficiency, expedite analysis and deliver accurate and time-critical results. Under her leadership, BioPharma delivers best-in-class bioanalytical services, making it a global leader in clinical research.  In addition to being an accomplished leader and scientist, Dr. Hughes is a businesswoman and vineyard co-founder. Learn more about her unique journey here.

BioPharma Services, Inc., a Think Research Corporation company, is a full-service Contract Research Organization (CRO) based in Toronto, Canada, specializing in Phase I/IIa and Bioequivalence clinical trials for international pharmaceutical companies worldwide. BioPharma has clinical facilities both in the USA and Canada with access to healthy volunteers and special populations.