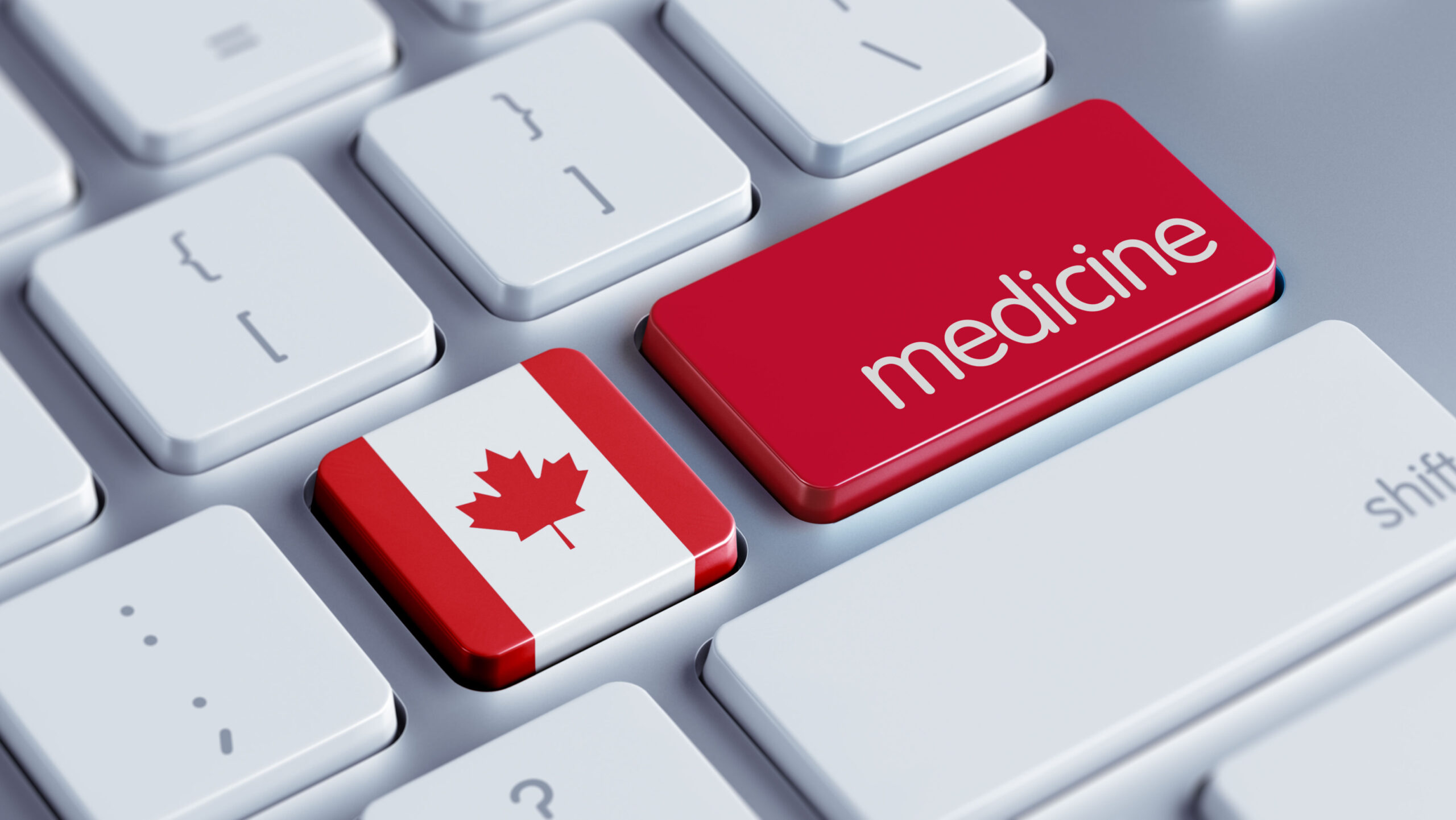 Canada has over the last 30 years been a country very proactive at encouraging innovation, science and Research & Development through various incentives, tax deductions and grants. As a result of this approach, the Canadian government has enabled the creation of numerous life science innovations via private companies, hospitals, universities and institutions. Liquid chromatography-tandem mass spectrometry or LC-MS-MS technology is one example of innovation and incubation that was borne from Canada’s science incubator program.

Canada’s positive life science market has also enabled Early Phase Clinical Research Organizations (CROs) like BioPharma Services Inc. to thrive and grow since its inception in 2006. From a single Phase 1 clinic in 2006, the company has grown to become a significant multi-centre Early Stage CRO with clinic facilities in Canada and the US, providing science and bioanalytical capabilities to clients around the world.

Today, BioPharma is able to attract global pharma and biotech companies to Canada in order to conduct critical studies like CNS, Antisense, Addiction and Oncology. These global clients are now being exposed to the incubator environment created by the Canadian government and they too can reap the rewards of Canadian Innovation and Technology.

In order to further incentivise early-stage research and clinical trials in Canada, the government’s Scientific Research and Experimental Development (SR&ED) program, each year, provides over $4 billion in investment tax credits to over 18,000 businesses. In fact, certain expenditures performed outside of Canada are also considered in the program. Businesses involved in research or in advancing technology to improve or develop devices, materials, products or processes may be eligible under the program.

But tax credits are not the only incentive Canada offers for clinical research. It was a Canada-based epidemiologist who played a crucial role in the development of the Consolidated Standard of Reporting Trials (CONSORT), which has been adopted by over 500 health care journals worldwide. Canada is home to over 40 research hospitals, 15 research universities and 17 faculties of medicine, naturally making it a world leader in terms of expertise among most developed nations.

Time is another major consideration for clinical trials. In 2002, Canadian authorities reduced regulatory roadblocks and review times for clinical trial applications. Currently, applications are generally cleared within 30 days, sooner than most countries in the world. In the US, the IND process can delay the start of Early Phase I programs, while in Europe, it can take up to 60 days or more to obtain such an approval. Canada’s CTA process does not require an IND or IMPD for clinical trial approval. In fact, data from Phase I studies conducted in Canada has and can be submitted to support a client’s IND submission to the US FDA.

Looking at the benefits mentioned above, it’s no surprise that Canada attracts about 4 per cent of the world’s clinical trials and is a leader with a strong reputation in biomedical research.

Despite all efforts made, many critics say that the programs and incentives in place have not yet given birth to a unicorn in the sector. However, with the cooperation of the government and research sponsors, clinical research organizations do have a lot of potential to expand and make Canada one of the most sought after research locations in the world. While other markets continue to seek the same investments, Canada is continuously developing on its quality standards, research and regulations.

Greater collaboration among international drug developers and Canadian contract research organizations will undoubtedly lead to the faster development of life-changing medications which have the ability to transform millions of lives.

BioPharma Services Inc. is a full-service Contract Research Organization (CRO) specializing in the conduct of Phase I/IIa and Bioequivalence clinical trials for international pharmaceutical companies worldwide. BioPharma has clinical facilities both in the USA and Canada with a total capacity of 300 beds with access to healthy volunteers and special populations. Headquartered in Toronto, Canada, BioPharma’s comprehensive services also include Bioanalysis at our GLP Certified Laboratory, Scientific and Regulatory Affairs, Biostatistics and Safety Data Analysis (CDISC), Data Management and Medical Writing.

What are early phase clinical trials?

The primary objective of Phase 1 studies is to determine the correct drug dosage by evaluating drug safety and determining if there are any side effects.  Phase 1 trials are conducted in healthy volunteers.

Phase 2 studies also study the safety of a drug but focus on evaluating its effectiveness. These studies can be conducted in healthy volunteers or in individuals who have a certain disease or condition.

What is a clinical trial?

A Clinical trial is a process which is performed to determine whether an investigational drug, device or therapy is safe and effective.   In early phase research (i.e. Phases 1 and 2), the safety and effectiveness of the drug will be evaluated in healthy volunteers.

What is an investigational drug?

An investigational drug can also be called an experimental drug and is being studied to see if your disease or medical condition improves while taking it. Scientists are trying to prove in clinical trials:

In order to evaluate the drug profile, we need to understand its pharmacokinetics. This is essentially how the body reacts to a drug after its administration through the mechanisms of absorption, distribution, as well as the metabolic changes. Therefore, blood draws are collected at various time points to better understand this mechanism. Each study requires a specific number of blood draws and total blood volume. These values will be provided to you and clearly stipulated in the informed consent form (ICF). The amount of blood that will be taken is outlined in the ICF.

Should I expect to experience any side-effects while doing studies?

As every study is testing an investigational product, there may be side effects. You will be provided with a list of side effects that have been reported in previous trials (if any), so you can make an informed decision whether or not to participate in the trial. During the trial you will be required to immediately inform clinic study staff of any adverse effects that you are experiencing. These side effects usually resolve upon discontinuation of the study drug.

Will I be compensated for doing a clinical study?

Volunteers are compensated and the amount varies depending on the length of the clinical trial, length of stay and number of follow-up visits. The compensation is not specifically related to the risks or type of drug involved in the trials or studies. Every study is different and therefore, the compensation will vary. Study volunteers may receive between $1000 to $4000 for a trial (based on the factors listed above).

Are food and accommodation provided over the course of the trial?

Food – Clinical trials are conducted in a controlled setting which means that all food is provided and  trial volunteers receive standardised meals.  Individual meal plans or meal preferences cannot be provided.  If you have any food allergies or hypersensitivity to food product(s) that are clinically significant or life-threatening you may not be able to participate in a trial.    Please contact us to discuss any food issues.

Accommodation – During your in-clinic stay you will share sleeping areas with other volunteers who are of the same gender.  Similar to a hospital setting, supervision will be provided to ensure that your health and safety are being monitored.

What is the length of a study and do I have to complete all the visits?

Details of the duration of a study can be found on the Volunteer Hub.

What is informed consent and how is it carried out?

During this process, you will have the opportunity to discuss and ask questions related to the conduct of the clinical research study with the study doctor/ study staff.  You are under no obligation to participate and your decision to take part in a clinical trial is voluntary.

Can I bring my own food?

All aspects of clinical trials are closely monitored including the food and drink consumed by participants. While you are in the clinic, you will be provided with all meals as per the study guidelines. You will need to eat all the food provided to ensure the guidelines are met. Watch video

What do I need to pack?

Wondering what to pack before your site visit? Visit our Packing List page to learn more.

When do I receive compensation for taking part in a study?

Where will I sleep during the clinical study?

What COVID-19 precautions are you taking?

The safety of our volunteers is a top priority. Learn more about the measures we are taking to create a safe environment for you.

Can I bring my own device?

Yes, we encourage you to bring items that will help to pass the time while you are in the clinic. You can use the time to study or work or catch up on the movies you’ve been meaning to watch.

By clicking “Accept All Cookies”, you agree to the storing of cookies on your device to enhance site navigation, analyze site usage, and assist in our marketing efforts.
Cookie SettingsAccept All Cookies
Manage consent